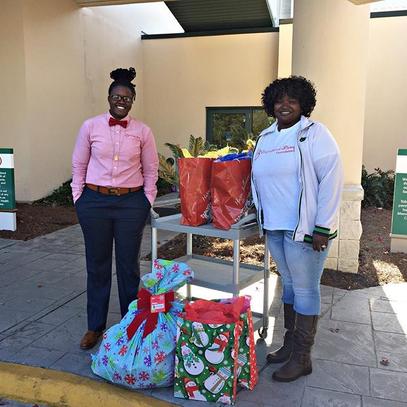 December 2016, Charmaine Clark and her sister Victoria Henry, dropped off over 300 toys to the kids at the Children's Hospital in Savannah, Georgia. 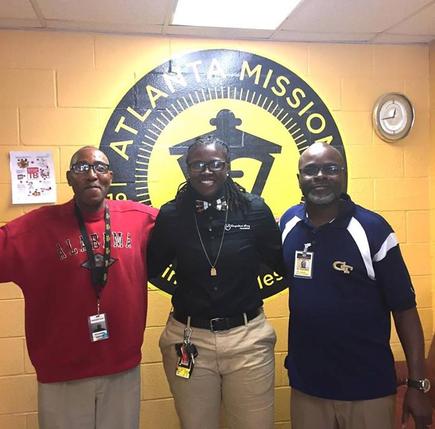 Summer 2014 the foundation was first inspired to start giving back and it started with feeding the homeless in Miami, Florida. (Video credit: Leon Lloyd of Stoplayin Studio)

June 2015 board member Charmaine Clark, mentors Geatgens Cherizol and Zina Bouayad, joined by mentees My'Ala Wells and Briana Johnson packed and served over 150 bags of food and water to the homeless in Miami, Florida.

December 2014 Inspirational Living Foundation board members Charmaine Clark and Tiaisha Randolph collected funds to buy toys for the children at the Children's Hospital in Savannah, Georgia. Over $500 worth of toys were donated. 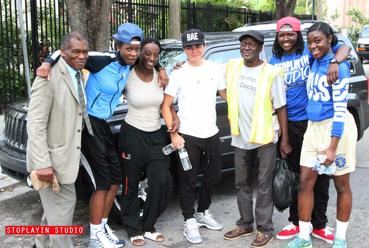 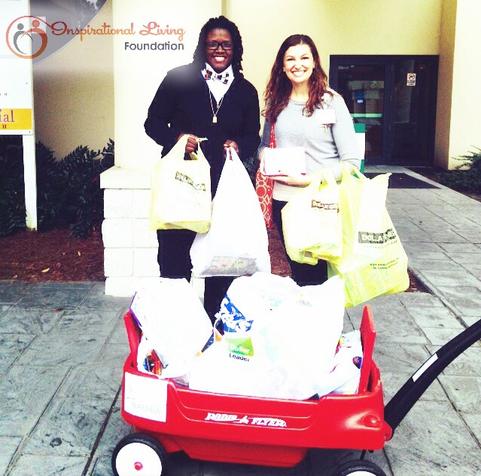 December 2015, Inspirational Living Foundation Inc., was able to give over $500 worth of toys to two different children's hospitals. The toys were provided through the donations of the residents of the Coastal Empire.

December 2017, Charmaine Clark dropped off over $400 worth of toys and books to the Children's Hospital in Savannah, Georgia.

December 2015, Mentors Jessica Walker and Zina Bouayad along side Foundation Founder Charmaine Clark, went through the streets of downtown Miami handing out food to the homeless.

February 2017, Charmaine Clark and over 50 volunteers in the Washington D.C. area provided blankets and hygiene products to those in need in downtown Washington D.C.

November 2016, Charmaine Clark and her sister Marcella Price along with her friends, feed those in need in New Orleans, Louisiana, Bayou Classic weekend. 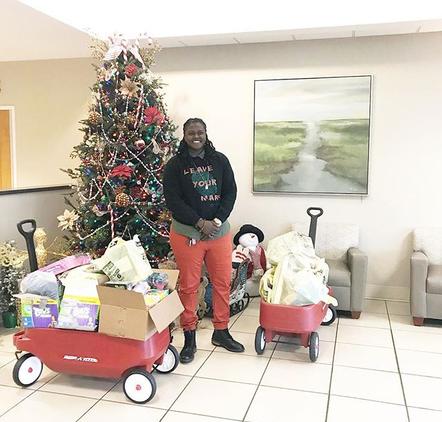 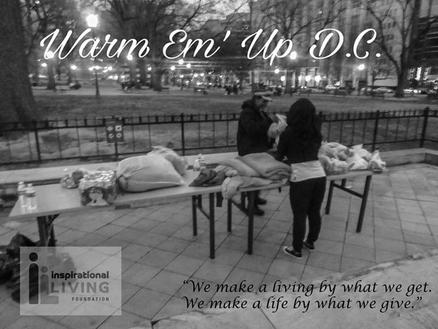 April and October 2016, Charmaine Clark with generous volunteers were able to cook a full course meal for the families currently at the Ronald Mcdonald House in Macon, Georgia and Atlanta, Georgia (Gatewood Location). The Macon location meal consisted of baked ziti and garlic bread, baked chicken, mac and cheese, green beans, mashed potatoes, fruit bowl, salad bowl, brownies and cookies. The The Gatewood location in Atlanta meal included, spaghetti, baked jerk and lemon pepper wings, mashed potatoes, green beans, garlic bread and brownies. We also provided laundry kits for the guest. (The Ronald McDonald House gives families of those who have children in the local Children's Hospital who are in critical condition, a place to stay during their difficult time.)

June and  September 2016, founder Charmaine Clark alongside local Warner Robins and Atlanta volunteers set up a table to disturb food, hygiene products, socks and flip flops those in need in the downtown Atlanta, Georgia area. Over 200 people in need were helped those afternoons.

March 2016, Founder Charmaine Clark meet with the pastor at Atlanta Mission at the Shepherd's Inn Location. Charmaine dropped off over 15 large trash bags of clothing for children, women and men. Also had over 20 boxes of hygiene products as well as bags of toys. All donations from the supporters of  Inspirational Living Foundation Inc.